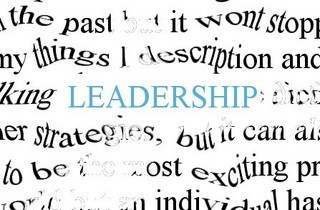 1. An individual who holds a position or operates with the purpose of steering or motivating others.

2. Possesses the aptitude to guide or be in the front of something.

3. An individual who can take action and inspire others to follow.

The following is a list of historical leaders based on the three definitions of the word.  Some of these individuals may be controversial but they meet one or more of the definitions regardless.  The point is not to promote their particular philosophy but instead provide instances of individuals who may be leaders in your environment. Other general places that one could reasonably find an individual who may be a leader may occur on a tour, race, religious establishment, military, a company, musical band, or an article found in a newspaper or magazine.

Examining the origin of the word, one can find traces that date back prior to 900.  An example of this word can be found in English with the use of leden and lǣdan, Dutch and the term leiden, and the Germans along with their use of leiten.

This historical context helps to highlight the reason why the term continues to be an important concept today.  Certainly, there are synonyms for the word like take, direct, conduct, and guide.  However, the term seems to be a touch more personal.

There are jobs where one can serve as a musical conductor or tour guide.  When you look at the specifics of such a position, you will find they all possess an element of leadership.  Using this word appears to be the most desirable term in an effort to humanize this role.